About 4.6 million Filipinos suffering from chronic stable angina are expected to benefit from a new drug that was introduced at the Philippine Heart Association Annual Convention at the EDSA Shangri-La Manila on Thursday, May 28, 2015.

The Menarini Group, a leading Italian pharmaceutical company known worldwide for its innovative products, recently signed an exclusive long-term agreement with Gilead Sciences, Inc. to launch a new anti-anginal agent, in 140 countries, including the Philippines.

A. Menarini Philippines, Inc. said the novel drug is designed to help millions of Filipinos with stable angina pectoris whose symptoms have not been controlled by first-line and second-line therapy agents like beta blockers and/or calcium antagonists.

The World Health Organization1 has stated that cardiovascular diseases (CVDs) remain the No. 1 cause of death worldwide. In 2008 alone, about 17.3 million died from CVDs, representing 30% of global deaths.

WHO added that over 80% of CVD deaths take place in low- and middle-income countries, and occurs in both men and women. To make matters worse, the New England Journal of Medicine2 added that at 12 months of follow-up, 59% of patients on medical therapy still had uncontrolled angina.

In the Philippines, CVD is a leading cause of mortality and 90% of the population has one or more of the six prevalent risk factors of the disease. These are smoking, physical inactivity, hypertension, hypercholesterolemia, overweight, and obesity.

“We are delighted and honored to further strengthen our long-term partnership with Gilead to help address the needs of angina patients in these new territories, in particular the Asia Pacific region,” said Alberto Giovanni Aleotti, vice president of the Menarini Group.

Menarini is an international pharmaceutical company with over 16,000 employees worldwide in more than 100 countries in Europe, Asia, Latin America, Africa, and the Middle East, and has a 2012 turnover of over €3 billion. It ranks 17th in Europe and 34th in the world, according to the IMS World Review 2012.

The Group has 14 manufacturing sites located in Italy and abroad where over 545 million packages yearly are produced and distributed throughout the five continents, ensuring the health of patients all over the world. For more information, visit http://www.menarini.com/

MICKLE joins this year’s Electronic Music Expo and Convention (EMEX) to be held at the SMX Center of SM Aura in Taguig City from June 19 – 21, 2015.

A new name in the market, MICKLE is a brand of dependable and reliable sound mixers that is priced reasonably lower when compared to other known brands now available in the market locally.  Solely distributed in the Philippines by Panvin International, MICKLE’s aim is give quality electronic sound mixers without making a hole in your pocket.  From simple sound mixer set-up - 2 to 4 channels (starters) to 18 channels set-up (mid-level), MICKLE has a unit for your need.

Introducing into this event is his professional mixer board which is comparable to the one being used in big concerts or dance parties. The professional board set-up has a minimum of 22 channels and increases in features as you go up with your channel needs.

When asked about their expectations in joining this event: “MICKLE is a good and reliable brand.  True that there are other companies providing the same thing but we are not afraid to go head-to-head with them because we (Panvin International) believe in what it can offer”, as stated by Mr. Rahul Daryani, Panvin International.

The Electronic Music Expo and Convention is a yearly event where different sound suppliers are placed in one spot and showcase what they can offer to the buying public.  Known and newcomers in the market of electronic sound equipments are presented to the scrutiny of the dynamic attendees.  This year it is to be held at the SMX Center of SM Aura in Taguig City.  From June 19 till the 21st, SMX Center will open its doors to those who wish to know what is new and latest in the world of electronic sound business.

“Joining this event will open doors for us and make MICKLE the new word of mouth when it comes to professional sound mixer needs.  We are good in our word and equipment!  Trust us when we say, having the best sound mixer doesn’t have to put you at the negative budget-wise”, says Rahul. 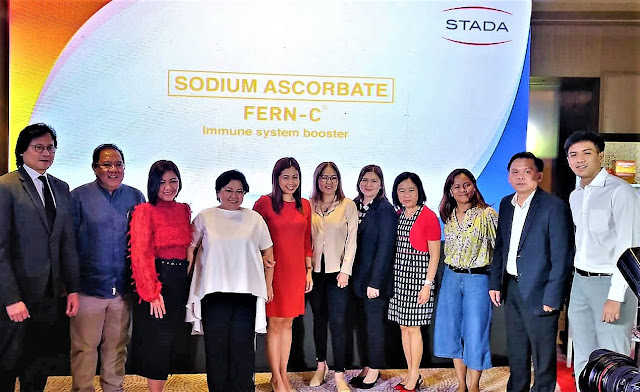